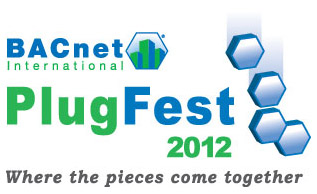 October 2012 - Contemporary Controls will again be participating in BACnet International's PlugFest 2012, this year in Tacoma, Washington. The recently released BASgatewayLX will be validated with other BACnet products, as well as the soon to be released BASrouterLX and BAScontrol20.

"We're looking forward to the opportunity to test the interoperability of our products with BACnet devices from other vendors," Bennet Levine, R&D manager at Contemporary Controls.

The BASrouterLX is a high-performance BACnet router providing stand-alone routing between BACnet/IP, BACnet Ethernet, and BACnet MS/TP – all at the same time. It can also route between two BACnet/IP networks while supporting Network Address Translation (NAT). Besides its high-speed processor, it has advanced features such as auto-discovery of MS/TP slaves, MS/TP frame capture and storage for use with Wireshark®. It supports foreign device registration and is a BACnet/IP Broadcast Management Device where up to 50 BBMD entries can be made to its Broadcast Distribution Table. This product will be relased later this year.

The BAScontrol20, scheduled for release in January 2013, is a 20 point BACnet/IP Sedona Field Controller that includes Sedona Framework technology from Tridium. Ideally suited for structured wiring systems, the BAScontrol20 is BACnet/IP compliant with a B-ASC device profile. Having a resident Sedona Virtual Machine (SVM), the unit is freely programmable using either Niagara Workbench or Sedona Workbench. For remote Ethernet I/O applications, the unit can be configured with minimal effort using a web browser. The BAScontrol20 provides a convenient mix of eight universal inputs, four binary inputs, four binary outputs as well as four analog outputs. Models exist for both triac and relay outputs. The unit is ideal for unitary control or for expanding I/O points in the field via an Ethernet connection.

In addition to the new products, Contemporary Controls will be testing the new 2.6 firmware for the BASrouter. The BASrouter supports three-way routing between BACnet/IP, BACnet Ethernet and BACnet MS/TP. Any two or all three protocols can be routed. As an aid to troubleshooting, a diagnostic page will display the number of messages received and sent for each of the protocols supported.

Visit Us at SPS