BASpi-Edge, the most versatile edge controller, features client capability that allows it to read and/or write points served up by devices on the BACnet internetwork over Ethernet or Wi-Fi with the use of NetV (Network Variable) Sedona components. The BASpi-Edge supports AI, BI, AO, BO, AV, and BV BACnet objects. In addition, with a BACnet router in place (such as BASrouter or BASrouterLX), the BASpi-Edge is capable of reading from and/or writing to BACnet MS/TP devices which are being routed to BACnet/ IP. Optionally, BACnet MS/TP devices can also be read or written to directly from the BASpi-Edge using an optional EIA-485 to USB dongle. 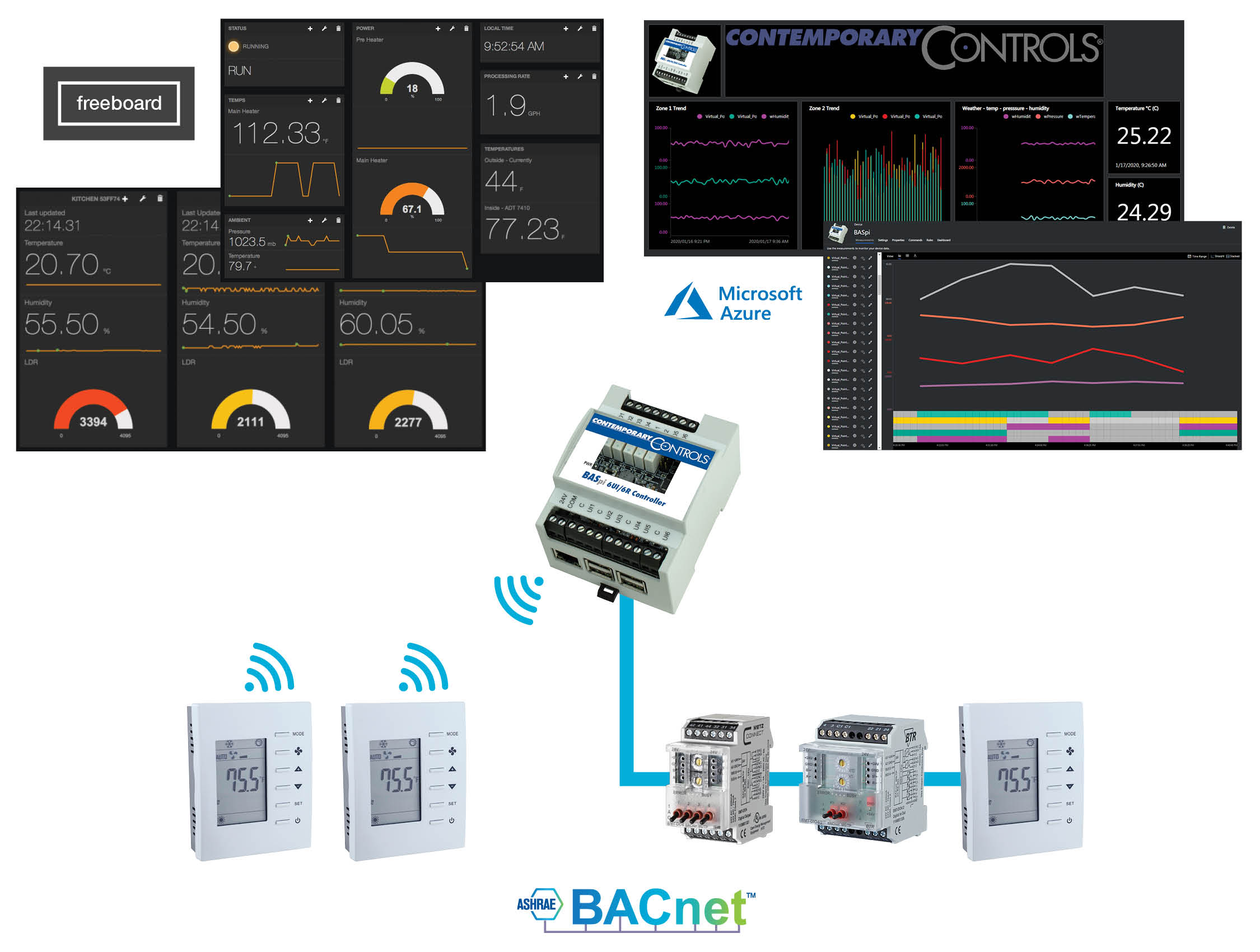 Points obtained over the BACnet network can be used in the BASpi-Edge Sedona wire sheet control logic, become scaled, calculated, and/or converted to different data types, written to other BACnet devices, or served up to BACnet supervisory controllers and operator workstations by using Virtual Components. Points can also be monitored, displayed, or pushed to the Azure IoT Central cloud, exposed for configuration on the BASpi-Edge web page by the use of Web Components, or utilized in Graphical Dashboards.

NetV - NetV is the most universal component which can be configured to read or write a single point (object) on the target BACnet server device. This is a read or write component.

NETVAI4 – The NETVAI4 component allows the read of up to 4 BACnet objects on the remote BACnet server device of type Analog Input (AI). This is a read only component.

NETVAO4 – The NETVAO4 component allows the read or write of up to 4 BACnet objects on the remote BACnet server device of type Analog Output (AO). This is a read or write component.

NETVBI4 – The NETVBI4 component allows the reads of up to 4 BACnet objects on the remote BACnet server device of type Binary Input (BI). This is a read only component.

NETVBO4 - NETVBO4 component allows the reads or writes of up to 4 BACnet objects of type Binary Output (BO). This is a read or write component.

Two models are available. While both models have six universal inputs, one model has six relay outputs, and the other four plus two 0-10 VDC analog outputs. Visit the BASpi-Edge product page for more information on the many features which this controller provides.